All you need is talent?

by Donal Elsted
Comments are off

Is natural ability the reason why some learn a language more successfully than others? Or is there more to “talent” than that?

Many language learners put their lack of progress in learning a language down to the “fact” that they are just not talented. Other people, they say, are naturally able to understand spoken and written language and are able to quickly produce results while they, the poor untalented, struggle.

Now, while there may be differences in educational levels, talent is not the reason why some people find it difficult and others seem to pick up language skills with ease. The fact is, people who we would consider talented have just spent longer learning. That’s right, they spent more time practising.

Furthermore, these people have an interest in the language that motivates them to want to learn more. The more they learn, the easier it becomes. The easier it becomes, the more they want to learn. Such people are lucky that the interest in learning languages (or a language) developed this way. Whatever “talent” is or is not, whatever “intelligence” is or is not, you don’t have to be talented or intelligent to learn a language. You just have to learn it. Being a native speaker is not a talent, it is a fact. You can speak your language so fluently that you are able to adapt your vocabulary, grammar and accent to the person you are communicating with. Does this make you intelligent or talented because you can do this? I hope you will say “no”.

Research presented in a number of books, one of which being Talent is Overrated: What Really Separates World-Class Performers from Everybody Else**, even define the difference in talent in hours. The more hours someone practised, the more „talented“ they are. Research carried out into young people who were considered talented in playing the violin showed that they had practised on average 7,410 hours by the age of 18. Having on average started learning at age 8, this meant they were practicing on average 2 hours a day. Someone who was considered very skilled, but not talented, had practised for 5,301 hours (1.5 hours per day) and someone who went on to teach the subject, 3,420 hours (1 hour a day).

Now, imagine you practiced English 2 hours a day, every day, for 10 years. How fluent, relaxed and confident would you be in English?

Step by step to brilliance 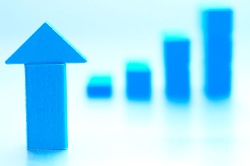 What is extremely interesting in the book is the explanation of why some go on to be the “best” in one area (sport, music, literature, etc.). First, in early childhood, the child shows interest in a subject. The child receives training (parent – > teacher – > coach) and soon starts to take part in competitions against other children. Decisive here is that the child is “better” than the other children in the competitions.

As the child improves, it takes part in more difficult competitions (village -> county -> city ->, etc.). Each time, the child wins because it is just that bit “better” than the other children. This creates a feeling of success, that builds confidence and strengthens the child’s willingness to improve.

By the time the child reaches the national stage, where he or she competes against children who have the same skill level, he/she’s self-confidence is sufficiently developed to cope with the “shock” of discovering that he/she is not the only talented child in the world! If the child had progressed too quickly, it would not have built up the necessary experience and self-confidence and this would have de-motivated the child.

What does this have to do with language learning? Many language learners compare their skills with others. Building self-confidence in a language is incredibly important. If the learners are asked to do something beyond their level (too much, too early), this can de-motivate them and cause them to become blocked. The result can be unwillingness to learn.

This is of particular importance to language trainers when designing a suitable training course. The course must help the learners to progress at a pace that always allows them to have regular feelings of success. Further, feedback must be built in that reflects this, that shows they are getting better (similar to the competitions).

This does not necessarily mean a test, but any situations that allow the learner to notice the improvement (ideally, real world situations). Having had repeated positive “success” moments, and having reached a level of ability that is acceptable to them, they are more capable of dealing with negative experiences (i.e. mistakes). A clear example: being able to say a simple sentence with 90% accuracy is less of a problem for the learner than being able to say a complex sentence with only 10% accuracy. 9 out of 10 is acceptable. 1 out of 10 is a disaster, irrespective of how good the 10% was….

At some point, the learner reaches a level where they can take over full responsibility for their learning. In such situations, they don’t need a trainer to teach them anything new but simply to act as a “mirror” and give them feedback on their performance. This is similar to top sports people, who are in effect better than the people who train them.

There may be differences in the way people are. We all want to believe that Van Gogh, Einstein, Michael Jackson and J.K. Rowling were/are talented. But maybe, just maybe, they did more than you. And wanted to!

A to Z of Seminar English