by Donal Elsted
Comments are off

No-one likes to make mistakes. No amount of trying to convince you it’s “all part of the learning process” will make anyone feel happy to do so (well, in most cases, anyway). But how bad is it to make mistakes? 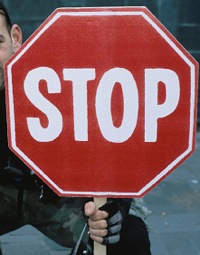 Do you remember people telling you not to do something wrong because you would stay that way? Well, you probably did it and it didn’t stay that way. Or did you actually go blind (that one was for the men amongst you)?

There are an awful lot of myths and pseudo-scientific explanations connected to making mistakes in language learning. The biggest and most widely-held belief is:

Avoid mistakes or you will never be free of them

Unsurprisingly, many German people strongly believe this is fact, not a fairy tale. The same people who say “learn from your mistakes” don’t allow themselves the luxury of making mistakes.

How language training deals with mistakes

Language training is designed to take people step-by-step through stages of learning, from simple to more advanced. The idea is to make sure that learners make as few mistakes as possible and have as many moments of success as possible. Material is adapted to suit the level of the learners and to avoid them being forced into a negative downward spiral of being overwhelmed by complex new language structures. “Softly, softly, catchy monkey”, goes the saying….

Without a doubt, this is a laudable way of approaching language learning: structured, gentle. However, the world is just not quite so simple. No course can be so designed that it is exactly the right level for all or any of the learners, or that it is taught in such a way that perfectly suits all or any of the learners. Plus, the “for God’s sake don’t frighten them” attitude creates a nice safe world for learners that is far from the “brutal” world of the native speaking wilderness out there.

Learners need to be made aware of how they are being taught and authentic material should also be introduced – even at early stages.

A to Z of Seminar English